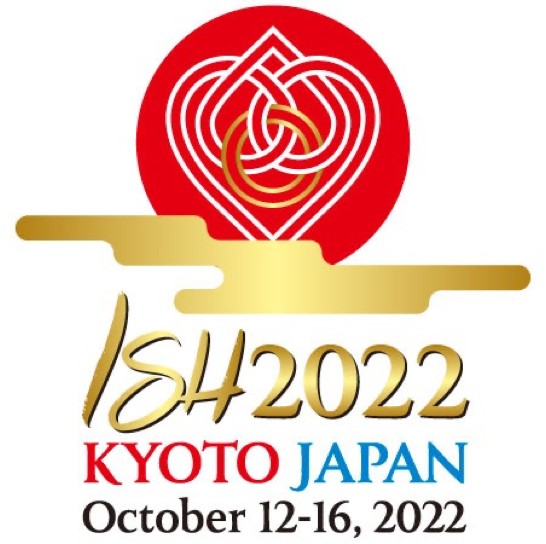 The logo for ISH2022 KYOTO calls to mind the rising sun, a nod to a Japanese flag, the site of the 2022 Congress. The design of the white heart-shaped pattern was inspired by Mizuhiki, used in traditional Japanese gift-giving. Mizuhiki is a decorative cord made from twisted paper that is attached to gifts and envelopes, acting both as a seal indicating the unopened status of a gift and as an amulet to ward off evil spirits. It also signifies a sense of togetherness and the bonds between people. Despite its appearance as two separate hearts, they are connected together by a single cord. Many Mizuhiki knots become tighter, the harder they are pulled, creating the impression of a never-ending cycle and the strong ties between people.

The golden link in the center of the hearts symbolizes collective wisdom, a pictorial representation of the convergence of the world’s knowledge to control high blood pressure in order to support and ensure the circulation. The words “KYOTO JAPAN” are red and blue, suggestive of arteries and veins.

The shrine gate in the key visual is the “Senbon Torii”, a striking row of thousands of torii gates born from the belief that wishes do come true. The desire of every person to become happier is expressed in this unique design of thousands upon thousands of overlapping gates. In much the same way, ISH2022 KYOTO will be shaped the desires of each and every person to carve out a new path forward to control high blood pressure.

The poster for this year’s event features the Senbon Torii gate at Fushimi Inari Taisha Shrine, a tourist spot with an unshakeable position as the most popular and well-known destination for visitors from overseas, carefully selected from a number of photos taken by Prof. Hiroshi Itoh, President of ISH2022, in the early, solitary hours of the morning. 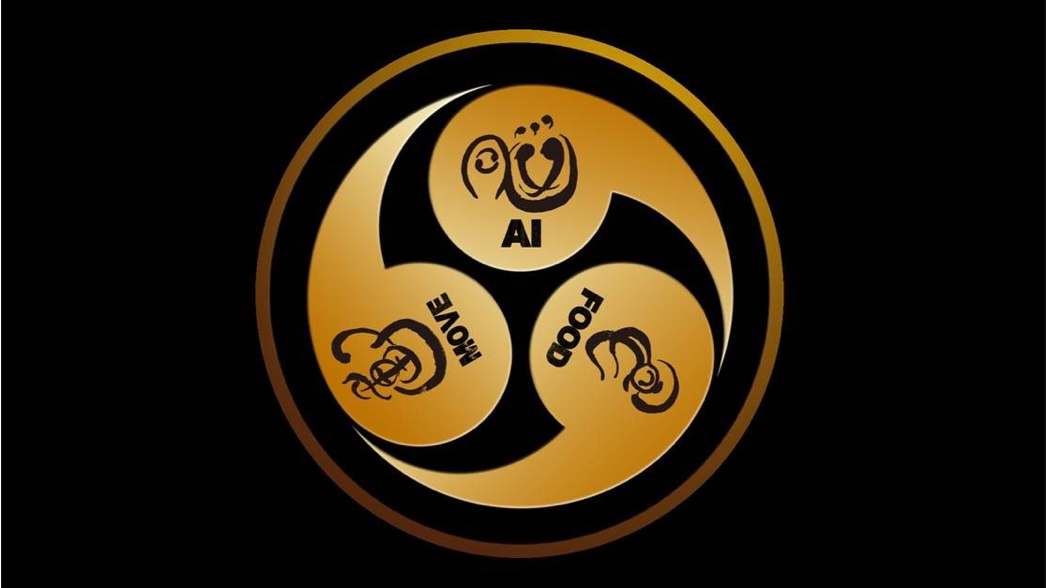 Discussions at IHS2022 will be geared towards Innovation, Advanced Technology and Health Promotion, with particular focus on three pillars: Food, Move and AI, which are depicted in this figure. This design by Prof. Hiroshi Itoh, President of ISH2022, was inspired by the mitsudomoe, a trio of comma-shaped swirls, on the dadaiko drum used in gagaku, classical music played for the ancient imperial court. Introduced to Japan, the double-comma, yin-yang pattern, representing the duality of the two opposing elements of yin and yang in China developed into the odd-numbered mitsudomoe pattern, evolving from a state of antagonism of the two to a harmonious design of three.

Food, Move and AI are three essential elements in controlling hypertension; if even one is missing, it becomes impossible to manage it.

This figure depicts the profound influence the three elements of Food, Move and AI have on one another and how they blend together to control hypertension. 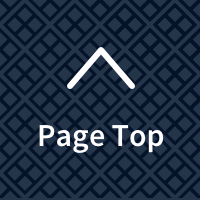